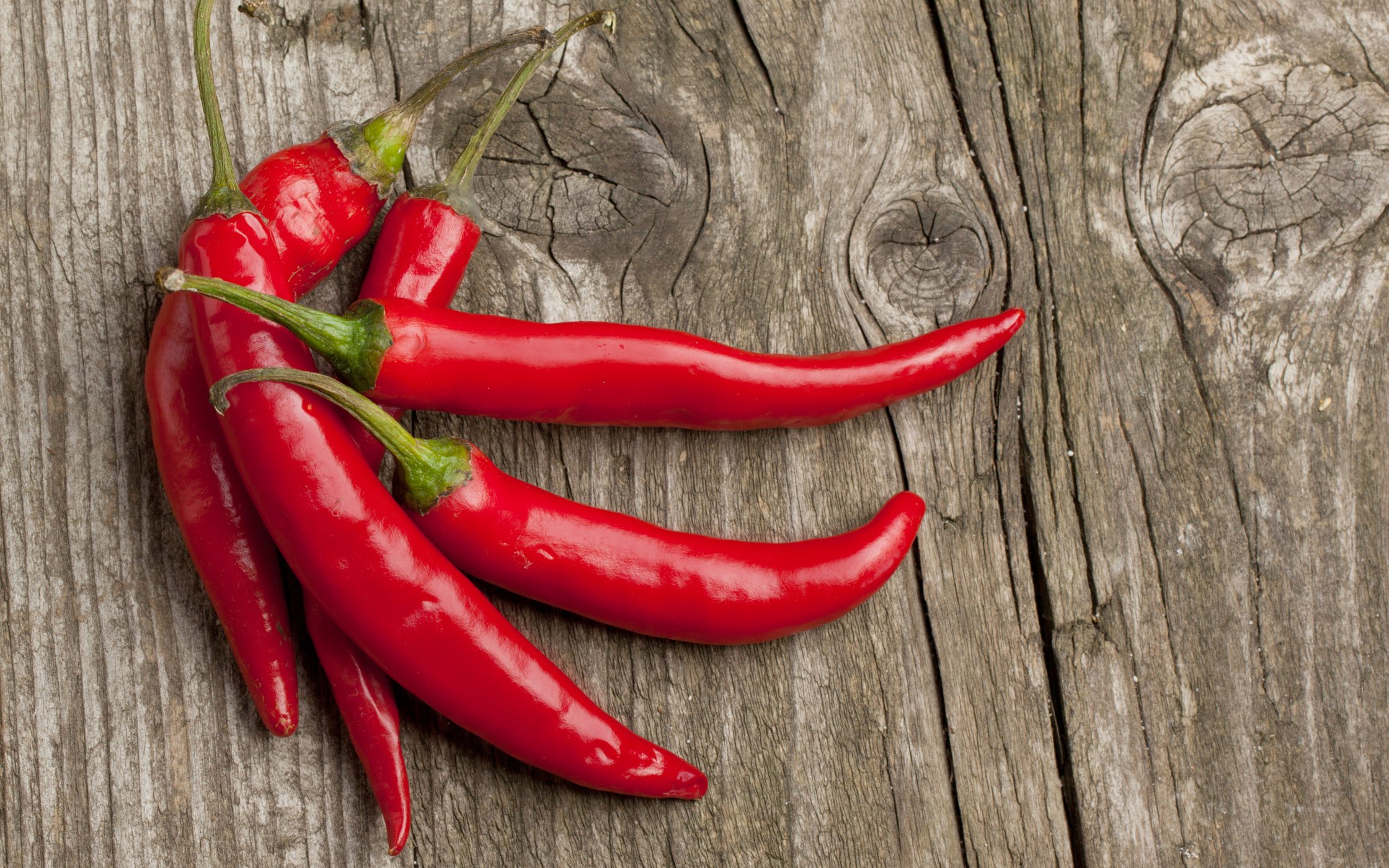 Surprises in the world of plants are quite frequent. A great example is one of the plants that grows so well in our Natufia Kitchen Garden – the Chili Pepper. Chilies can start a fire in our mouth and bring tears to our eyes. Some like it, some don't, but for many the spice is a signal for a powerful eating experience.

The chili pepper is considered the first spice to have ever been used by humans.  Seeds of chili peppers have been found in archaeological deposits dating as far back as 7,000 BC in Tehuacan, Mexico. The earliest records of these peppers date from about 2,000 years later. The spicy blessing of chilies spread to the rest of the world only after Christopher Columbus landed in the Caribbean in 1493. Before this year, they were completely unknown in Europe. This well-known explorer and navigator planned to sail to India to bring back valuable and expensive spices, including pepper. Instead, he brought chili back with him to Europe, where it became an indispensable spice. Chili also became extremely popular in India after it was first brought by the Portuguese explorer Vasco –da-Gama in 1498.

A pepper that’s not really a pepper

Christopher Columbus not only mistook America for India but also mistook chili for regular pepper. This is how the chili got the name ‘chili pepper’. Chili belongs in the same family as tomatoes and potatoes – Solanaceae family of nightshades, not an actual pepper family (Piperaceae). Common pepper (Piper nigrum), a perennial woody vine growing up to 13ft (4 m), native to South India. Chili pepper (Capsicum frutescens) is a perennial herb from tropical America, growing up to 2.3 ft (0.7 m). Their fruits are also different. The fruit of chili peppers is a fleshy berry containing numerous seeds, and peppers have a drupe with one seed. The only similarity between pepper and chili is the spicy-bitter taste.

The scientific name of chili “Capsicum” is derived from the Greek word “Kapsimo” meaning “to bite”, which refers to the extreme taste of chilies. The pungency is due to the unique alkaloid capsaicin that stimulates the nerves of the skin, especially in the mucosa. The spiciness of the chili and the level of capsaicin are measured by the Scoville scale, which was named after an American pharmacist Wilbur Lincoln Scoville. The unit – SHU demonstrates the amount of capsaicin in dry mass.

The most famous so-called super hot chilly is the ‘Bhut Jolokia’ or Ghost Chili from Northwest India, which was named the world’s hottest chili in the 2007 Guinness World Book of Records – 1,041,000 SHU. Eating Ghost Chili is a real challenge. It has been said that if you eat Bhut Jolokia the experience can be so extreme you would rather be a ghost. The effects have been compared to drinking a cocktail of battery acid and broken glass. This is the first pepper, to scientifically test over 1 million SHU. The small fruits of Ghost Chili are highly valued both dry and fresh. “Bhut Jolokiat” is used worldwide for making hot sauces, but also pepper spray. In the homeland of Ghost Chili, it is rubbed on people’s fences to prevent wild elephant attacks. It can be used in smoke bombs and sprays that won’t kill but are good for controlling riots. In 2012, a new star rose to be the hottest pepper in the world – “Trinidad Moruga Scorpion” 1,463,700 SHU. While testing this pepper many pairs of rubber gloves have dissolved before picking all of it. However, in 2013, the world’s hottest chili pepper rated by the Guinness World Book of Records is the ‘Carolina Reaper’ – 2,200,000 SHU. The original crossbreed was between a Ghost Chili and a Red Habanero from South Carolina.

In my kitchen, the chili pepper has become an indispensable spice that stimulates the senses. I like to add some zest to different puree soups, so I use chili.

But my firm favorite food is chili jam – I have an old recipe from Calabria, Italy that I use. I add this jam to supplement meat and cheese trays. Chili jam is also a great addition to vanilla ice cream and cheesecakes.

I often like to say – “Just a bit of chili and your pallet will stop feeling gray, just a little bit of chili – that’s how simple it can be…”

Enjoy your next Chili from the Natufia Smart Garden!