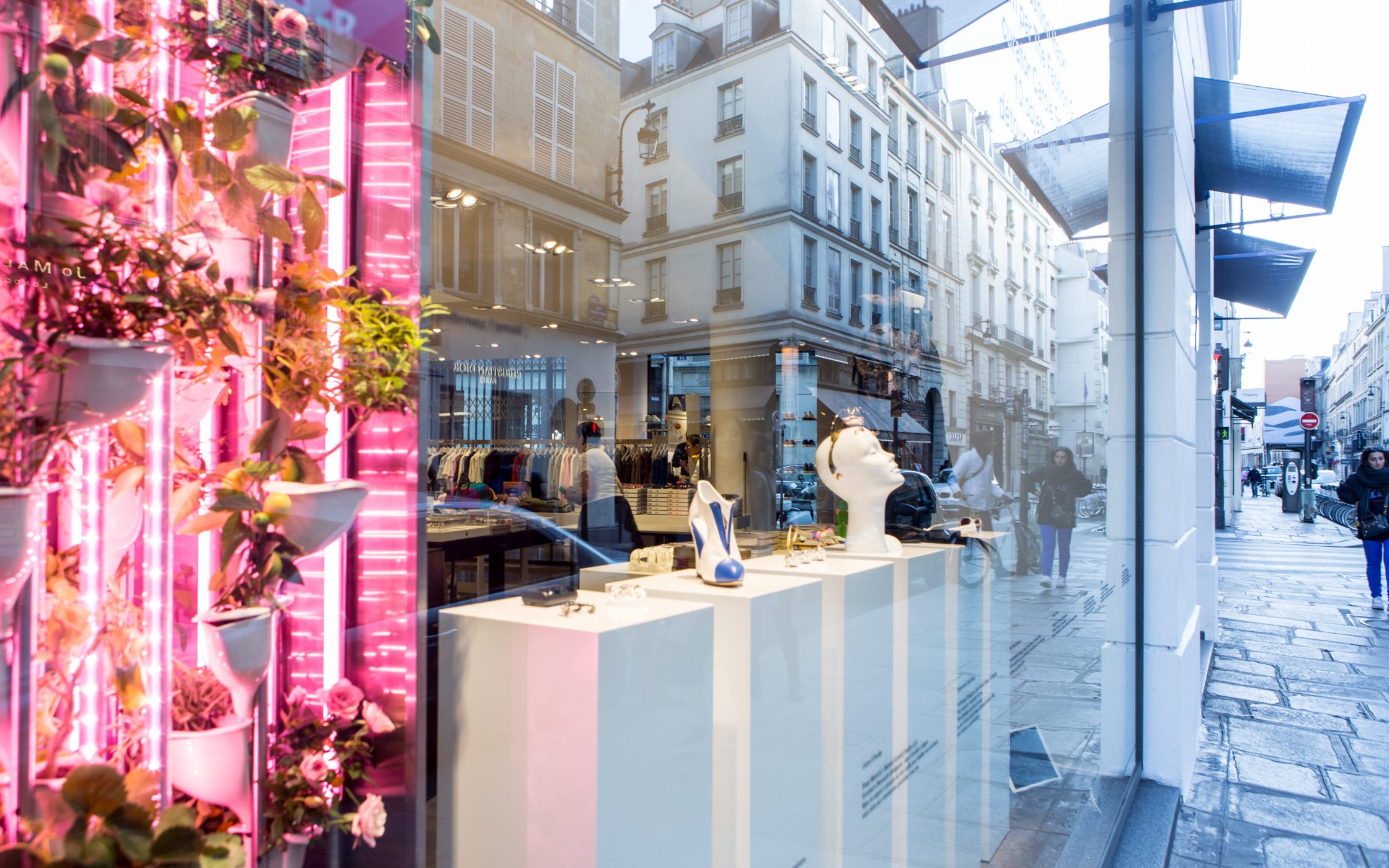 What‘s the story behind Natufia?

Natufia was born from a series of interesting events that all met at the same crossroad. I have an organic farm in Sicily and tried to import other organic produces from Sicily to Estonia in Northern Europe. But by the time you send a fresh Sicilian product to Estonia, it has lost most of its nutritious value and arrives in variable conditions – not to mention the too important carbon footprints it creates. The true value of organic nutrition is there if you consume right after picking, as our grandmothers would.  But Estonia is a country with a fairly cooler climate and growing Mediterranean herbs and vegs in a garden in Estonia truly is a challenge…

Simply by discussing with some Chefs I understood that I was not alone to brainstorm on how to supply fresh organic herbs and greens no matter what the climate is, around the year and without a drop of chemical compounds. That’s when I researched the topic furthermore and met several interesting people (Estonia has a very interesting and productive Greentech scene), among whom Lauri Kapp had already a strong track in experimenting in the field of hydroponics.

What about the name “Natufia”? It sounds like a well-kept secret… Is it?

No secret at all, the Natufians are claimed to be the first sedentary farmers. This is way back around 12,000 BC in the area covered today by Israel, Lebanon, and Syria. They may have planted first wild cereals like barley and also beans and lentils for their consumption and to feed their livestock. One thing that is particularly interesting in this story is that the Natufians took control of their food supply by having it growing near their homes,  not only to ensure that food would be on the table almost every day but also likely to reduce risks associated with previously erratic and questionable food supply sources.  This allowed them to build Jericho, the very first urban settlement known in the history of mankind. For us, it was important to honor such a breakthrough that changed the fate of humanity that shares some meaning with what we are trying to achieve in our urban world today. It was equally important to give our machines and our company a name that also can remind everyone that quality food cannot be taken for granted. The real value of food is the one that you have when you plant it and see it growing every day. When you pick that lettuce from your Natufia Kitchen Garden, its value is simply very different from tasteless lettuce picked at the nearby supermarket. You don’t trash lettuce that you have seen growing as easily as you would trash supermarket lettuce. Not everyone has the chance of having a garden at home and understanding that perspective. Surely the Natufians did.

So how do you summarize your vision behind Natufia, the one that drives it today and the one that will drive it tomorrow?

I think that beyond the concern of logistics, carbon footprints, and freshness of food supply, we are all concerned by the uncontrolled global magnitude of the food industry and the increasingly opaque borderline that exists between the food industry and the chemical one. At the same time, we must take into account the fast urbanization of humanity. Cautiously without wanting to sound too revolutionary, something had to be done to adapt our way of life to the new rules of the game, and that something means a technological way to keep food reliable, and healthy while preserving its true original taste and making it readily accessible anywhere. The Natufia Smart Garden is just a first step for us. There is so much to be done in this field. But after achieving a true technological tour-de-force and placing it into the hands of the top chefs for an ultimate test, we are confident that our Smart Garden will take a leadership position in this small but important revolution of how we feed ourselves. Of course, we have plans that go beyond the Natufia Smart Garden. But we prefer to go one step at a time.

Could you clarify for us a bit what you mean about “true technological tour-de-force”?

Yes, of course. I see five key technological breakthroughs that we managed with the Natufia Smart Garden, all having to do with optimization.

First and foremost, the Natufia Smart Garden is based on automated hydroponic technology. Hydroponic means that there is no soil in the culture and that it can grow indoors with natural or artificial lighting. Before us, automation could only be achieved with large hydroponic cultures: The type of cultures that takes an entire floor or an entire greenhouse. Small hydroponic cultures are readily available everywhere, but take a lot of time and attention.  Like a pet, if you have a hydroponic culture at home, it requires daily maintenance or does not grow very well. What I believe that we primarily and truly achieved at Natufia Labs was the minimization of the large hydroponic cultures’ automation. That means that now a hydroponic culture at the same time fits in any home or any professional kitchen in Paris, London, or New York and that it does not require any sort of gardening work. It can also sit in New York while you are traveling in Shanghai for a month or two and regulate it occasionally via your smartphone app. Everyone would surely enjoy having fresh organic herbs and greens to pick from their home or restaurant, but not everyone has a greenhouse or an entire floor to dedicate to it and most of us just, unfortunately, don’t have the time to spend on much gardening every day.  That is, I believe, one aspect of the machine that was well-received when we presented it at the London Restaurant show in 2016 and the Las Vegas Consumer Electronics Show in January 2017.

What I see as the second tour-de-force or technological breakthrough is the variety.  Most automated hydroponic systems are monoculture-based. Some automated systems can offer two or three layers of different plants maximum and for that, they must run two or three different systems in parallel. Simply because the technology behind the Natufia Smart Garden is based on trusting the miracle of nature and on the assumption that “plants take only what they need” our irrigation fountain system makes the Natufia Smart Garden is the only mono system that exists that can run a variety of plants and herbs together. We can have between 32 and 64 different plants running only on one machine. For a chef who wants to compose his menu fresh from inspiration every morning, we are the dream machine.

The third is the taste: The Natufia Smart Garden is not a Frankenstein machine. It simply lets nature do its work and the reward is immense: The true original taste of things is recovered. Basil, rare herbs and tomatoes simply taste the same as in grandma’s small garden. This makes again the Natufia Smart Garden a top professional tool for chefs and great amateur cooks alike.

The fourth challenge for us was to combine the previous optimizations (miniaturization of automated growth, variety, taste) with an optimal design that would ensure that the Natufia Smart Garden can have its place not only in professional kitchens but as well in full harmony with an elegant home kitchen or the dining room or the bar of an upscale hotel.  The Smart Garden is impressive in itself. We thought that it also could be beautiful. Some of the features such as music played to the plants inside the machine or the periodical flow of water and nutrients that cascades down from one ceramic pot to another make it also a true object of harmony and curiosity to anyone.

The last one of those challenges was the price. The combined challenges of optimization between hydroponic growth, full automation, minimal space available in a kitchen, a greater variety of herbs and plants that can grow (over 100 tested until today), and attractive design with high-quality materials, that we met one by one had each a heavy price tag on it. It took years of research and testing. But in the end,  and by looking at what our competitors only managed to do, I am truly proud that we managed to make such an optimal machine at a price that fits well in the landscape of high-end private kitchen appliances and even better in the professional kitchen equipment market… All of that despite all the constraints that were set against us from the very start. This hard work of multiple optimizations of which we only have the secret will hopefully give us a consequent lasting hedge in this market.

Where is the Natufia Smart Garden available?

Aside from those fantastic Chefs that have been welcoming this new technology in their prestigious kitchens, we have several private “early adopters” that purchased it directly from us. The machine is available for purchase directly on our website or by contacting us. In autumn 2017 we are setting up sales networks in the UK and France for professional & private kitchens via professional bespoke kitchen specialists and specific designers.

You can also check our resellers and showrooms with Natufia on display here.

What’s next? How do you see the future for Natufia?

We are simply heading to become the industry leader. We have not only the technology and the product, but we also have the team that supports that objective. Natufia Labs is placing its Smart Gardens in the hands of some of the top chefs because being a leading trend is not enough. We must rely always on the approval of the top users. It’s like a luxury car. If the technology, the robustness, the user satisfaction, and the reliability are not there, those products don’t last. We are simply aiming at keeping the upside of the market and remain a sure value for those that are ready to take the leap of faith into fully organic indoor hydroponic growth. The lack of reliability that the food industry is offering today must be compensated by the reliability of the technology that supports an individual’s own gardening experience. We have one model today, but our engineers are already working on duplicating this optimization in other possible formats thanks to constant innovation. 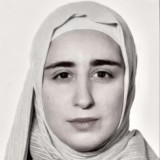