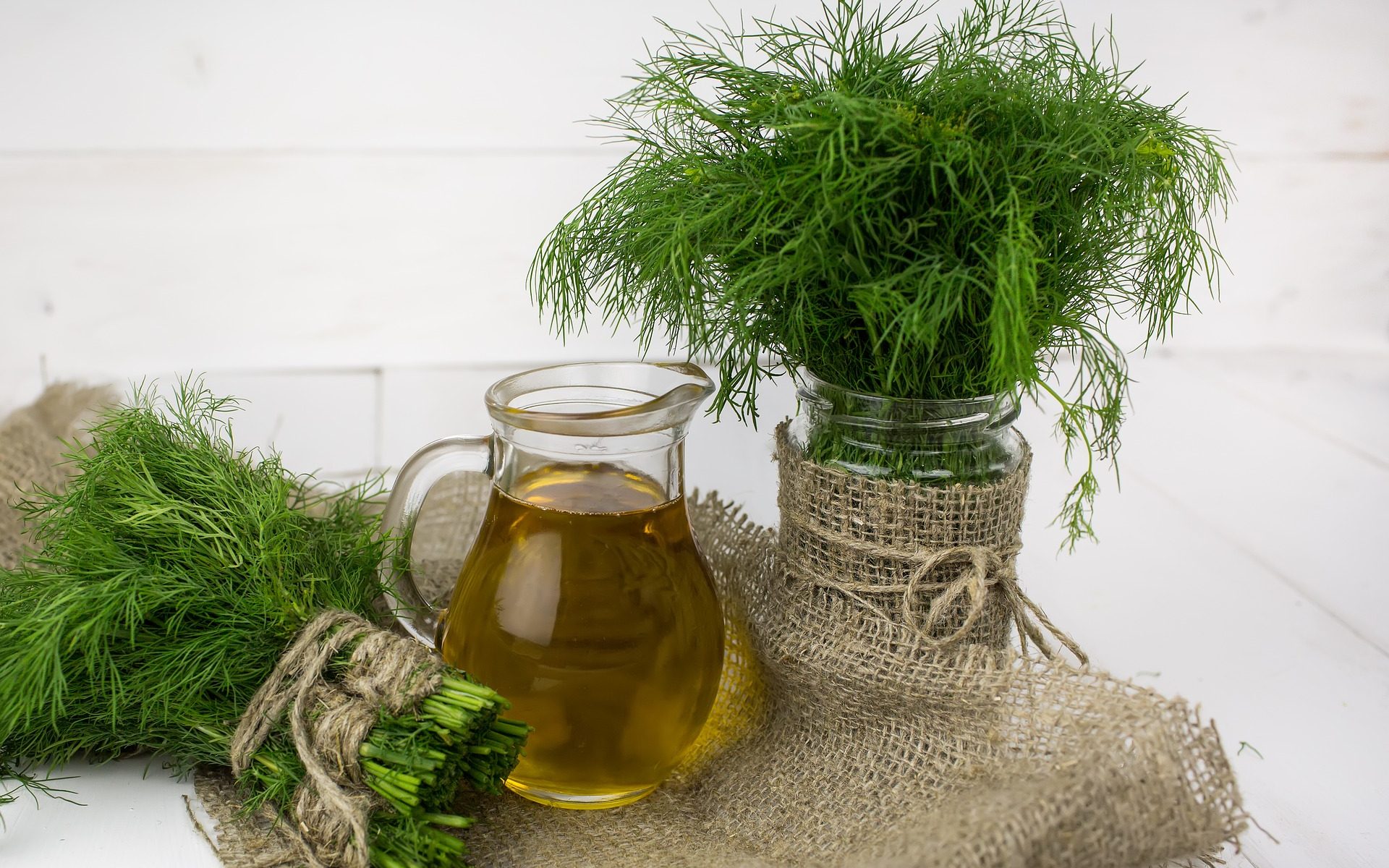 The wonderful aroma and unique refreshing taste are bound to make you adore this gentle herb—making dill an irreplaceable seasoning for your dishes.

Botanically known as Anethum graveolens, dill is a member of the carrot family—closely related to cilantro, parsley, and anise. Dill is the sole species of the genus Anethum. This aromatic herb is native to southwestern Asia, and as an adaptable plant is domesticated in many parts of Eurasia and North America. Dill is a slender annual herb that grows as high as 20-40 inches (45-100 cm).

Dill is native to southwestern Asia and an established herb in many parts of Eurasia and North America. The word ‘dill’ is derived from the Old Norse (a North Germanic language that was spoken in the 9th to 13th century) word ‘dylla’ or ‘Dilla’ meaning to lull, sing a lullaby, to soothe children –indicating the soothing and calming effect of dill. Many parts of the world have believed in the protective powers of dill. The ancient Romans believed that dill would bring good fortune –they valued dill as a symbol of vitality, joy, and pleasure.

People in many different parts of the world have believed in the protective power of dill. In the Middle Ages, dill was one of the herbs used by magicians in their spells and charms against witchcraft. For example, in England, it was used to counteract the evil influence of spells and was believed to be especially powerful worn next to bare skin. According to one mystical belief, it helped hanging stalks of dill over your baby’s cradle to keep away bad dreams and calm your child. Sometimes when being troubled by witches or having nightmares, the only thing that could help … was placing some dill seeds under the pillow.

Dill has been used as a seasoning for centuries. The leaves and fruits, usually referred to as seeds of the dill are widely used in cooking. Even the flowers of dill are edible. Chopped dill leaves are served as a popular additive for salad seasoning and garnish. Dill goes well with sour cream, melted butter, potatoes– the list goes on and on! Dill’s leaves are an excellent supplement for fish, particularly salmon and herring. Actually, dill is superior paired with any kind of seafood. Fish is traditionally served with a dill sauce or cooked in a bed of dill. In the autumn season, I like to pickle different vegetables, mainly gherkins. Can you imagine how sad it would be to taste the gherkins without dill? It’s just not the same!

Dill is an excellent source of vitamin C, B group, calcium, iron, and magnesium. Dill has a very long history in the use of herbal medicine. The leaves and seeds of dill contain the carvone-rich essential oil that is traditionally used to treat digestive disorders. Dill’s essential oil has stomachic properties, meaning that it keeps the stomach healthy, toned, and functioning properly. Dill can help control infections and get rid of excess salt and fluid to help lower blood pressure and make it easier for your heart to pump. Dill’s beneficial effects are extraordinary wide—it can be at the same time a stimulant, boosting your energy, and a sedative, improving your sleep.

More about the Magic

According to one belief, dill is a plant that helps to attract love and abundance. Hence just putting some dill seeds in your wallet or planting some dill-plant in your smart garden will ensure that you will always have all the resources you need.  This aromatic plant can even protect you against envious people.

Here are some more fun recommendations: put some dill seeds in your shoes on your wedding day or when going for a job interview to ensure success. Now I will be honest with you – I have never tried the magical properties of dill –just in food recipes. If you have exciting experiences with dill and are inspired to share, I am very eager to hear them.