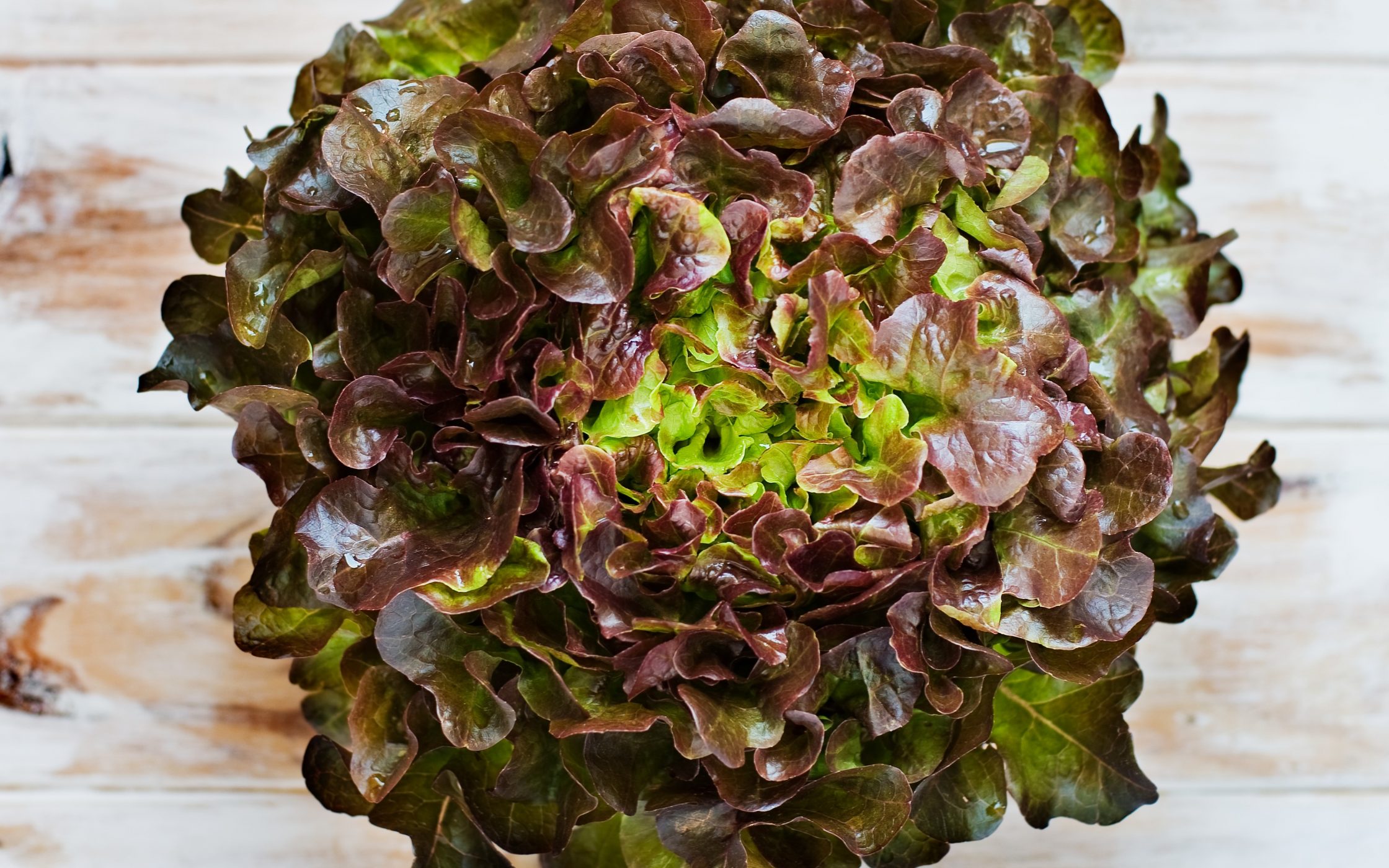 Crisp and tender leaves of salad crops are usually green but may also be red or bronzy, curly or flat, whole or lobed vary in shape and flavor, texture and size… You put it in sandwiches and your salads every day… Yes, you’re right, it is lettuce, probably the most popular of salad crops with hundreds upon hundreds of cultivars. Different lettuce varieties are so many, that we can eat a different one in every day during the year. I am really happy that now it is possible to grow lettuce in NATUFIA hydroponic system all year round. It is valuable food plant and a wonderful decoration at the same time. I don’t get tired of admiring lettuce’s fresh and vigorous look.

Cultivated lettuce is developed from the wild lettuce Lactuca serriola also called prickly lettuce. This plant is found wild in clearings, rocky slopes and waste places from Asia and North Africa to northern Europe. It is annual plant which stems reaching 79 Inches (2 m) in height and leaves are often spiny. The wild lettuce species are horribly bitter. Bitterness is associated with the production of the milky juice. Selection of less bitter forms would have been one of the first actions of the early cultivators of the salad.

Lettuce have been cultivated first by ancient Egyptians in around 4500 BC. Wall paintings in some Egyptian tombs are evidenced that fact. Ancient Egyptians, who knew this plant as aphrodisiac associated lettuce with the Egyptian god Min – dark-skinned god of fertility. Archaeobotanical evidence in Greek is confirmed, that the seeds deposit in a sanctuary of Hera on Samos have been retrieved from a 7th-century BC. The bitter latex was often used as a substitute for opium or laudanum, to its soporific properties.

In mythology, Aphrodite, the Greek goddess of love and beauty is said to have laid Adonis, ever-youthful vegetation god and life-death-rebirth deity a lettuce bed, leading to the vegetable’s association with food for the dead man (or mortal food). The Festival of Adonis was celebrated in Athena in mid-summer when fennel and lettuce were harvested. These plants would wither very quickly and the women would mourn their decline as the death of the youthful Adonis.

Modern breeding has concentrated on resistance to disease in the common types, and on more fancy leaf shapes and colors. There are hundreds of types of lettuce divided into six cultivar groups based on leaf formation. The most popular types include Looseleaf lettuce, Cos (romaine lettuce) and Crisphead lettuce (‘iceberg’ type). The Crisphead or Iceberg lettuce are more popular in America, and were developed to survive transport from California to the markets in the east. Cos lettuces are much grown in the eastern Mediterranean. In China the Celtuce or stem-lettuce, a variety with swollen crisp fleshy stalks, in widely grown for use sliced and stir-fried. Less well known are butterhead and summer crisp. Leaves are variously toothed or crisped along the margins. Lettuce is today the most important of all salad crops and occur worldwide, but the major consumers are North America and Europe.

Lettuce is low in calories. Most varieties are rich in folic acid, although the vitamin and mineral content can differ from one variety to another. Lettuce is said to stimulate the appetite and have analgesic and sedative properties: it is recommended for insomnia, nervous, and as a cough remedy. In the Middle Age, monks were advised to eat lettuce to purge the body.