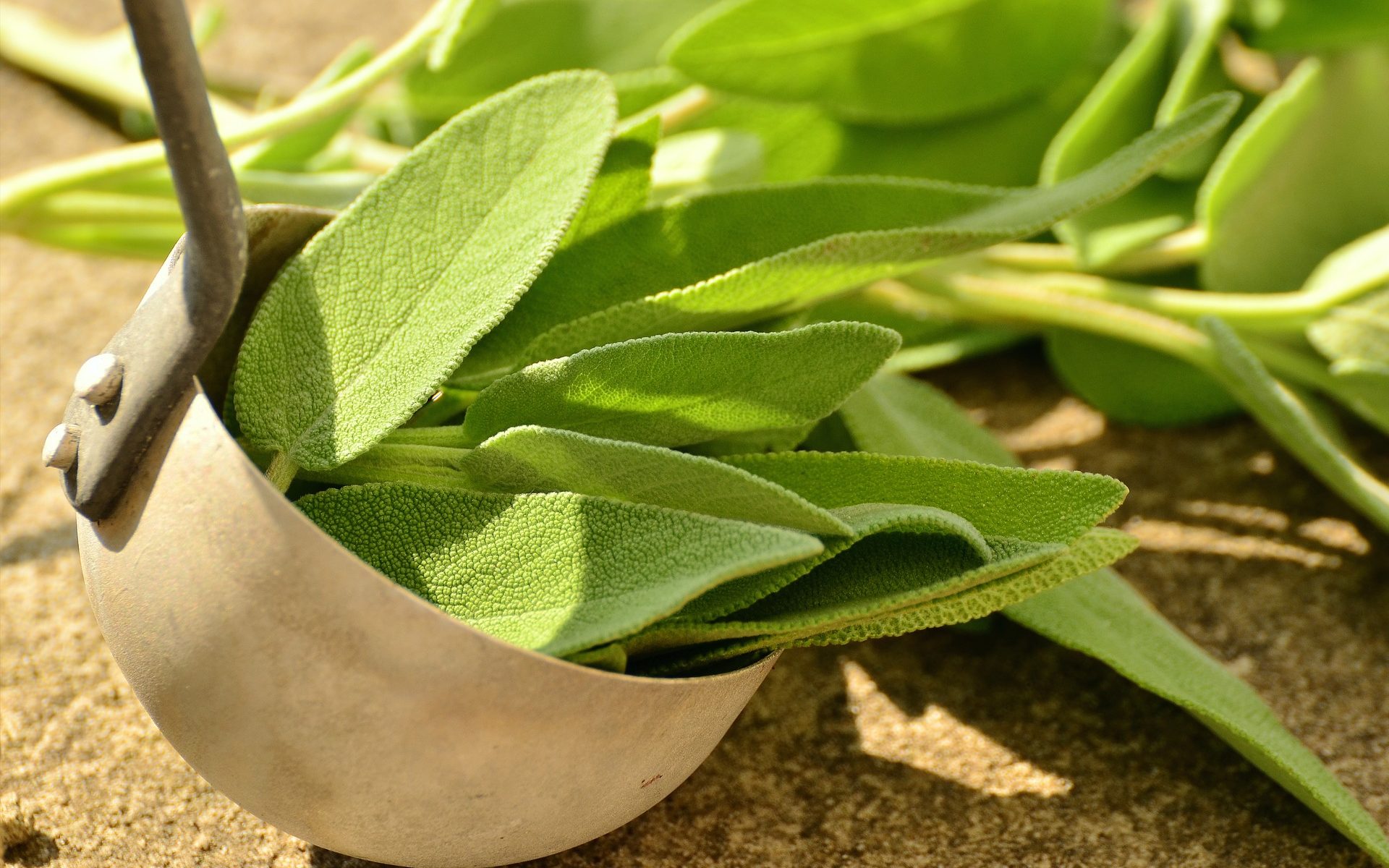 If you were to ask me, “which plant is the most sacred and powerful in my smart garden?” Without any doubt, my answer would be “Sage”.

This plant has been considered sacred and honorable for many centuries. In fact, before harvesting the crop, sacrifices would be made. The sacred sage was harvested only with precious metal tools, and it was praised by healers, psychics, clerics, and rulers.

Common sage, a member of the mint family, (Lamiaceae) has been cultivated in Northern Europe since the medieval days. Sage was introduced to Northern America around the 17th century from the Mediterranean region. The common sage, a familiar plant to the smart gardens is an evergreen shrub, ranging from 24 to 32 inches (60-80 cm) in height with pale grayish leaves. Sage has a remarkably velvety, bitter taste and a warm, balsamic aroma.

“Why should a man die when sage grows in the garden?” This much-quoted Latin proverb is from the famous medieval poem on maintaining good health. This proverb is one of the numerous examples linking sage with longevity. Sage is really an astonishing herb in our smart gardens, for it has been used for a long time as both medicine and a culinary herb. Sage’s fame as a healing herb goes back to ancient Greece. The name Salvia officinalis refers to healing. The Roman scientist and historian Pliny the Elder was the first to use the Latin genus name, Salvia. The name is derived from salvare, to ‘heal’ or ‘save’, and salvus, meaning ‘whole’ or ‘uninjured’.

Have you ever had tea made from sage leaves? Sage tea became especially popular around the 18th century.  Sage had such a high value in the Chinese tea market, that three boxes of the Chinese tea were traded for only one box of the Dutch sage. Sage tea is used as a stimulant tonic and helps with poor digestion and a weakened nervous system.

Did you know that there are about 900 different species of sage? The majority of the species grow in America, the Himalayas, and Western Asia. Salvias comprise the largest genus in the mint family. It is a really colorful company with very famous representatives. We can find some important food plants, like:

If I feel the need to add an exclusive, deep, and colorful taste to a dish, then there is nothing more appropriate than sage. This marvelous plant can enliven even the simplest of Christmas dinners. However,  be careful, sage has a very strong taste. Use it cautiously to avoid overpowering other ingredients. Sage is a herb, which fulfills the deep taste and sacred stories. It is a plant that after all those years never fails to surprise and inspire me.  The fresh leaves, when rubbed on the teeth, will cleanse them and strengthens the gums. Thus it’s a common ingredient in tooth powders, pastes, soaps, and perfumes. Nowadays sage is best known as a culinary herb. Herb’s strong, sharp, slightly camphorated flavor adds a pleasant taste to a variety of culinary dishes. Distinctively fuzzy texture and musty flavor reminiscent of eucalyptus, cedar, lemon, and mint are especially popular in Italian cooking. Italian chefs pair sage with veal, while in France it is added to stuffings, cured meats, sausages, and pork dishes. In American cuisine, it is of course associated with turkey and dressing.